We are Hiring a UI/UX designer ! Apply 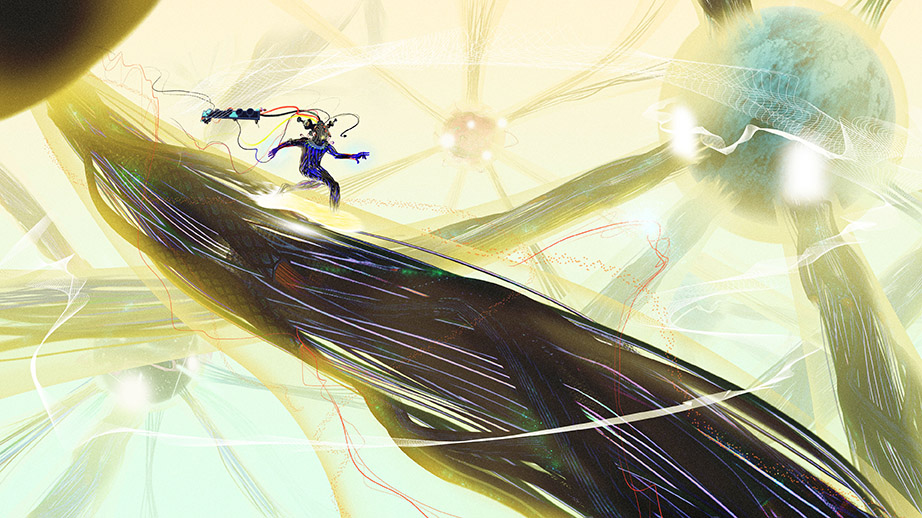 An upcoming music playground for the Oculus Platform by PatchXR.

Based in:
Zurich (CH) and Copenhagen (D)

PatchWorld makes you a sonic traveler in the metaverse of interactive music and sound, in environments transformed and expanded together by its players. Journeying in VR through this sensory audiovisual playground, you can play, build and share – fully immersed in music and fantasy.

PatchWorld is a social VR music playground for everyone to play, build, and share fantastic musical realms. It allows users to discover the joy of live-synthesized sound through an ever-growing library of imaginative components and full-featured “EPs” with endless possibilities for creation, customization, and casual and serious play.

Thanks to our block-based approach, musicians and non-musicians alike can realize what they imagine in fun and inventive ways. Uniquely scalable from casual music lover to advanced electronic music artist, the toolset makes stunningly beautiful visuals and rich sounds fun and immediately intuitive and fully native to immersive VR. With the connected Patch platform, players can also socialize, collaborate, share their creations, ideas, follow and curate their favorite artists, patches, and worlds, and soon jam with one another.

The foundation of PatchXR’s VR audio engine was first dreamed up by Eduardo Fouilloux at Animation Workshop in Viborg, Denmark. In 2017, he released a music game prototype called MuX that would become the groundwork for PatchXR’s philosophy and core technology of PatchWorld. He joined with co-founder Mélodie Mousset, award-winning VR artist, and Chris Heinrichs, a leading developer of interactive, generative, and modular music.

From those combined talents, a half-decade of development has produced our new-generation, bespoke VR sound engine, Patcheetah. With a growing team, breakneck evolution of the tools from engine to end-user experience, and input from leading artists and our collaborative Patchathons, we now unveil PatchWorld as our complete vision of creative, futuristic musical play and fun.

Production has begun and the release date is set for Q1 2022.

Listen to our creator community

Watch what they make with the Beta

PatchXR opens the world of music to extended reality Makery (2021)

PatchXR is a Swiss/Danish creative studio made up of an international coalition of exceptional artists and developers who are passionate about music, art and Virtual Reality (VR). Founded in 2020, more more more but not too much.

After joining forces with Swiss artist and VR veteran Melodie Mousset and her team in 2019, the company established its headquarters in Zurich in 2020 and entered the Innosuisse State program. The Studio currently counts 10 exceptional engineers and artists working from the Copenhagen office and remotely from Switzerland, France, Malta, Denmark, Russia, Germany, Spain, and Brazil.

More information on PatchXR is on our website, our logo & relevant media are available here.